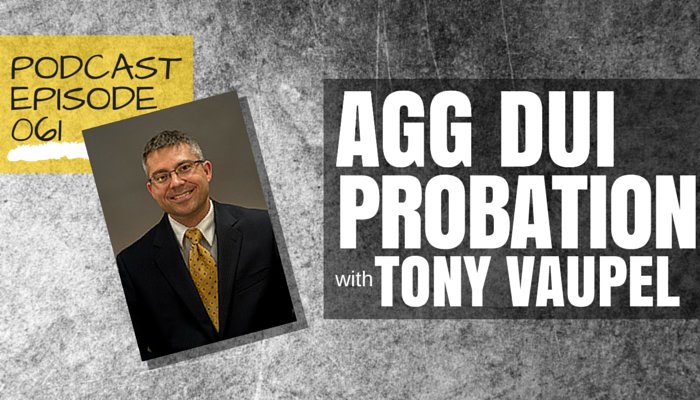 We are talking about a very specific section on the Illinois Traffic Code.

This aggravated DUI is described this way:

“(1) Every person convicted of committing a violation of this Section shall be guilty of aggravated driving under the influence of alcohol, other drug or drugs, or intoxicating compound or compounds, or any combination thereof if…(F) the person in committing a violation of subsection (a), was involved in a motor vehicle, snowmobile, all-terrain vehicle, or watercraft accident that resulted in the death of another person, when the violation of subsection (a) was the proximate cause of the death…”

The sentence provision in question goes on to state that:

These listed sections of the traffic code can be interpreted this way:

A trial judge may grant probation to an offender convicted of aggravated DUI when a person has been killed only if the judge finds that there extraordinary circumstances to justify the probation, otherwise a prison sentence is mandatory.

These provisions in the law have always made me pessimistic that probation would ever be given by a judge sentencing an offender convicted of a DUI when there was a death involved.

I personally have never seen probation actually granted in a real life case that I was involved with or that was handled by an attorney I was acquainted with.

That is until I came across the research conducted by attorney Anthony W. Vaupel. Anthony did his homework on this issue and hunted down cases in the record where a trial judge actually did grant aggravated DUI probation in cases with a death.

Attorney Anthony Vaupel Did His Homework

At the time of this interview he was employed an attorney at Barash & Everett, LLC in Galesburg, Illinois. He authored the article “When DUI Causes Death: What ‘Extraordinary Circumstances’ Justify Probation?” Published by the Illinois Bar Journal.

Examples of Cases Where Probation Was Granted

Tony does a great job of highlighting the cases where probation was granted. Here are the cases cited in the article:

This case involved a 17 year old who was drinking with his father. Dad told the defendant to drive because, of course, father was intoxicated. There was an accident that lead to the death of the dad.

Defendant Burgess was a mother with her four children in the car. She was driving with a BAC of .23 when she had an accident with another motorist. One of her kids was killed. The court felt it could not punish Defendant any more harshly than the punishment of losing a child. Her term of probation still included some county jail time.

This Defendant was perhaps was the least sympathetic. The factual basis revealed that he was belligerent with the police, was spitting blood at officers and told the police that he did not care about his passengers. It was one his passengers that was killed. By the sentencing hearing, Defendant had changed his tune. The court was informed of his change in attitude and remorse.

This defendant suffered from hypoglycemia when his car crossed the center line and struck the victim’s car head-on. There was evidence he was having a hypoglycemic episode at the time of the accident. Unfortunately, he also had cannabis in his system.

This was another mother who accidently killed a child. This was a single car accident. The father and other siblings all testified they did not want to see their mother to go to prison. Additionally, her business would fail if she was imprisoned. Again, the court felt it could not punish her more harshly than the self imposed death of her child.

Tony and I discussed the likelihood of judges being aware of the fact that other judges have imposed probation in these cases.

The general consensus is that most judges probably are not aware that other judges similarly situated have in fact found extraordinary circumstances and imposed a sentence of probation. Tony went the extra mile and tracked down transcripts from the actual cases cited above. I think this an extremely persuasive way to convince any trial judge to pull the trigger on probation.

Let’s face it these are tough cases.

Even without the “extraordinary circumstances” language in the code, prison in a sentence with dead victim is always on the table and a likely outcome.

When, the mitigation is there, a sentencing judge may instantly wish to sentence an offender to probation but feel that they can’t under the law. This is when the hesitation to impose probation begins.

These are the cases where the extra work in hunting down transcripts from other cases could make the difference.

If the court perceives that they are not being asked to do something rare or unprecedented, they are much more likely to grant probation when appropriate.