As far as Illinois evidence is concerned, there are two heavily litigated issues occurring throughout Illinois criminal courts. With confessions the big question is whether or not the police coerced the confession. Errors with other crimes evidence continues to be a huge source for findings of ineffective assistance of counsel. If you are an Illinois criminal litigator you have to also hunt down the spattering of cases dealing with eyewitness identification, expert witness, prior inconsistent statements and much much more. 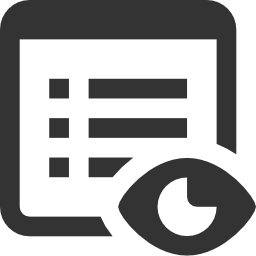 I've put together a summary of every Illinois Evidence case within the last two years. The cases include a one-line summary. You'll have a quick idea if the case is useful to you or not. If it looks interesting, you can click through to the actual case. Download this Recent Evidence Case List now.

Below you'll find all my most recent Evidence podcasts and articles...

END_OF_DOCUMENT_TOKEN_TO_BE_REPLACED

Chain of custody evidence in Illinois is a rule of evidence that requires that, before the State can introduce physical evidence like a controlled substance, it must establish that police took reasonable protective measures to ensure that the substance recovered from the defendant was the same substance tested by the forensic chemist.

This is called laying a proper foundation for the physical item.

In a drug case chain of custody evidence is required.

A bag of cocaine looks like any other bag of cocaine. It also looks like a bag of flower. After suspected drugs are taken into custody from that point forward the state must account for the “chain of custody” for that item.

These are the kind of questions that might be asked by a prosecutor who is establishing a proper chain of custody.

The character of the item determines which method for laying an adequate foundation must be used.

When Is A Chain of Custody Needed?

Generally, physical evidence that is not readily identifiable or is susceptible to tampering, contamination or exchange requires a chain of custody. See People v. Wood, 214 Ill.2d 455 (2005).

Thus, chain of custody evidence establishes that an item is what it is said to be because the state has established that it was improbable that the evidence has been subject to tampering or substitution.

How Is A Chain of Custody Established?

The State must show that the police took reasonable
protective measures to ensure that the substance recovered from the defendant was the same substance tested by the forensic chemist.

To establish a sufficient chain of custody, the State must prove

Illinois decisions endorse the use of one unique identifier to show that each person in a chain of custody is describing the same piece of evidence; the unique identifier is typically a police inventory number. See, People v. Howard, 387 Ill.App.3d 997 (2009).

Use of one unique identifier is the simplest and so the most satisfactory, method of showing that each person was handling the same evidence.

If they don’t use a unique number to mark a substance the State nevertheless can establish a custody chain that is sufficiently complete to make it improbable that the evidence has been subject to tampering or accidental substitution.

Each custodian could use his or her own method to identify the object, as long as that method satisfactorily distinguishes the item from any other he or she might handle and allows him or her to reliably identify the item in court.

The State first establishes a prima facie showing that the chain of custody for controlled substances is sufficient by meeting its burden to establish that reasonable protective measures were taken to ensure that the evidence has not been tampered with, substituted or altered between the time of seizure and forensic testing.

After the State establishes a prima facie case, the burden
then shifts to the defendant to produce evidence of actual tampering, alteration or substitution.

Upon the defendant making such a showing, the burden again shifts to the State to rebut the defendant’s claim.

Missing Links In The Chain

A sufficiently complete chain of custody does not require that every person in the chain testify, nor must the State exclude every possibility of tampering or contamination; the State must demonstrate, however, that reasonable measures were employed to protect the evidence from the
time that it was seized and that it was unlikely that the evidence has been altered.

Once the State has established the probability that the evidence was not compromised, and unless the defendant shows actual evidence of tampering or substitution, deficiencies in the chain of custody go to the weight, not admissibility, of the evidence.

Check out the Illinois Rules of Evidence Resource Page to learn more about Illinois Evidence.

Can the prosecution compel you to give up your phone password?

END_OF_DOCUMENT_TOKEN_TO_BE_REPLACED

In Episode 738 (Duration 35:06) Illinois attorney Daniel Epstein sat down with the Criminal Nuggets Podcast and told us about his vision for the Illinois Supreme Court.

END_OF_DOCUMENT_TOKEN_TO_BE_REPLACED

The Illinois Rules of Evidence are created by the Illinois Supreme Court. Some provisions are incorporated by statutes but the comprehensive, all encompassing system is created by the high court. END_OF_DOCUMENT_TOKEN_TO_BE_REPLACED