Officer was not certified at the time of the breathalyzer, but he was substantially certified. 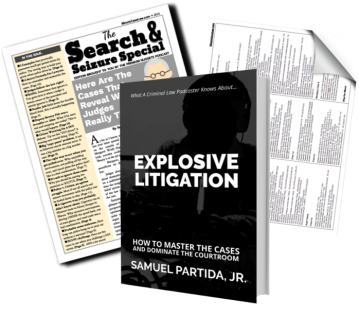 This is a DUI stop with an arrest.

The Officer testified that at the police station, he read defendant his Miranda warnings, and after the required 20-minute observation period, defendant agreed to submit to a breath test.

After The Officer described the test procedures employed, the State offered defendant’s breathalyzer ticket into evidence.

The officer’s certification had expired 5 days before the arrest.

He had 11 year employment with the Hickory Hills police department and had specific training for the administration of breath tests through “a class put on through NEMRT at the Burbank Police Department” in 2006 or 2007. He also took a three-day certification class that required him to take practical and written exams relating to the operation of a breathalyzer machine. After passing these exams, The Officer was certified to operate breath machines, specifically the Intoximeter EC/IR II used by the Hickory Hills police department, and he was recertified in 2010.

The officer was able to get recertified the very next day after this arrest.

Defendant’s sole argument on appeal is that the State did not lay a proper foundation for admission of the results of the breathalyzer test because the administrator of the test was not licensed at the time the test was given and therefore the court’s ruling on the State’s motion in limine was erroneous.

The admissibility of breathalyzer test results is governed by standards promulgated by the State Police as dictated by statute.

“(a) Upon the trial of any civil or criminal action or proceeding arising out of an arrest for an offense as defined in Section 11-501 or a similar local ordinance or proceedings pursuant to Section 2-118.1, evidence of the concentration of alcohol, other drug or drugs, or intoxicating compound or compounds, or any combination thereof in a person’s blood or breath at the time alleged, as determined by analysis of the person’s blood, urine, breath or other bodily substance, shall be admissible.

Where such test is made the following provisions shall apply:

1. Chemical analyses of the person’s blood, urine, breath or other bodily substance to be considered valid under the provisions of this Section shall have been performed according to standards promulgated by the Department of State Police by a licensed physician, registered nurse, trained phlebotomist, certified paramedic, or other individual possessing a valid permit issued by that Department for this purpose. The Director of State Police is authorized to approve satisfactory techniques or methods, to ascertain the qualifications and competence of individuals to conduct such analyses, to issue permits which shall be subject to termination or revocation at the discretion of that Department and to certify the accuracy of breath testing equipment. The Department of State Police shall prescribe regulations as necessary to implement this Section.”

Section 1286.00 of Title 20 of the Illinois Administrative Code states:

“The Director or his/her designee is authorized to license persons to be BAOs [(Breath Alcohol Operators)] subject to the requirements of this Section. BAOs are licensed to perform all appropriate BAO functions described in this Part. Only licensed BAOs may operate evidential breath testing instruments.

a) To be eligible to be a BAO, the individual must be employed by an agency or an accredited law enforcement training academy. BAO candidates, including those who have previously been licensed as a BAO in another state, must successfully attend the course and pass the written and proficiency examination or successfully complete a computer-based training (CBT) course.

b) Under the direction and control of a BAI [(Breath Alcohol Instructor)], BAO candidates must:

1) Complete a training curriculum approved by the Department that includes a minimum of 16 hours of instruction, which includes the following:

A) Presentation and discussion of the psychological, physiological, and pharmacological effects of alcohol in the human body;

B) Demonstration and discussion of instruments and the analytical processes used to measure BrAC [(Breath Alcohol Concentration)];

C) Practical application and demonstration in the use of an evidentiary instrument; and

A) The standardized written examination for Breath Analysis Operator provided by the Department with a minimum score of 70 percent.

B) A proficiency examination in which the candidate operates approved evidentiary instruments.

Check out the Illinois DUI Resource Page
to learn more about DUI in Illinois.

The requirements for laying the proper foundation of breath test results were outlined by our supreme court in People v. Orth, 124 Ill. 2d 326, 340 (1988). To lay a proper foundation, the State must establish that the test was performed in accordance with both section 11-501.2(a) of the Illinois Vehicle Code (625 ILCS 5/11–501.2(a) (West 2010)) and the regulations promulgated by the Illinois Department of State Police.

The State must lay a foundation establishing five factors:

Because the administrator was not licensed at the time the test was administered, the breath test was not conducted in conformity with the regulations promulgated by the Department of State Police.

Both Ebert and Bishop involve challenges to tests that deviated slightly from the standards prescribed for administration of the test. These de minimis deviations did not affect the validity or reliability of the results. Substantial compliance was sufficient in those cases where a defendant was not continuously observed for the required 20-minute period because the defendant testified that he did nothing that, if he was observed, would have affected the test and where the State collected a second urine sample because the first sample was taken at the hospital following defendant’s automobile accident.

In this case we cannot find there was substantial compliance where the officer was not licensed at the time he administered the breath test: there simply was no compliance, as required by the statute and the Department’s standards.

The plain language contained in the Department standards and the finding in Orth specifically requires that, to be admissible in evidence, the breath tests shall be “performed” by a licensed administrator according to the standards. The test was not performed according to the required standards in this case, and the failure to strictly comply was not de minimis.

Because The Officer was not a licensed breath analysis operator at the time he administered the defendant’s test, the State failed to lay the required foundation for the admission of the breath test results in a section 501(a)(1) prosecution and it was reversible error to admit the results into evidence.

Accordingly, defendant’s motion in limine should have been granted and the breath test results should not have been admitted. We therefore reverse defendant’s conviction for driving with an alcohol concentration of .08 or more (625 ILCS 5/11-501(a)(1)).

We find that there was overwhelming evidence from which the jury could conclude beyond a reasonable doubt that defendant was under the influence of alcohol while in physical control of the vehicle even without the admission of the breath test evidence.

See People v. Keith, 148 Ill. 2d 32 (1992). It’s a reckless homicide case where BAC results that didn’t comply with the code were admitted. The court held so long as the results were relyably the normal rules of evidence applied. The regs only applied to prosecutions under the DUI statute.

The Officer then initiated a traffic stop based on his observations.

The Officer observed that defendant had “glassy, bloodshot eyes” and “highly slurred” speech. Defendant also had a strong odor of alcohol coming from his mouth. Defendant told The Officer that he had a little to drink.

Defendant attempted to hand The Officer a bottle of Jack Daniels but he missed The Officer’s hand and the bottle fell to the ground.

The video from The Officer’s squad car was played in open court. It showed defendant complying with The Officer’s request to exit the vehicle. As defendant exited, he tripped and almost fell into moving traffic. The Officer had to stop him from hitting the ground.

The Officer asked defendant to complete some field sobriety tests and read the instructions for these tests from a book of standardized instructions. During the one-legged test, defendant placed his foot down, fell off balance, and raised his hand up. These actions suggested impairment. For the walk-and-turn-test, The Officer noted that defendant’s balance was “horrible,” and that he did not seem to understand the directions or The Officer’s demonstration. The Officer observed four or five clues of impairment, when only two are needed.

The authenticated breathalyzer ticket showed a test result of .260.

There is no substitute for steady, persistent attention to the cases. Samuel Partida, Jr. uses a podcast to help attorneys and officers stay on top of it all. How can I help you? LinkedIn | Facebook | Comment