This threatening a public official conviction gets reversed. So many big issues all get intertwined in this little 4-page case. Plus, you get to see what this bad-ass public defender did when she felt threatened by a client. 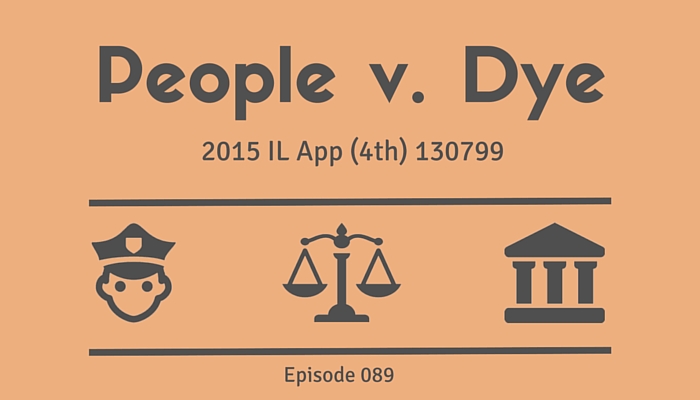 This story begins with a meeting between a public defender and her client.

Turns out the attorney had some bad news to share with the client. Client quickly became angry, “irate” is the word used in the opinion.

The last straw was when the client accused her of selling him out and working for the state, that’s when he is asked to leave the building.

On his way out, he says to her two to three times:

Now, if you have an image of a public defender as weak and timid then expect to have your assumptions blown out of the water. This bad-ass public defender wasn’t having any of it.

She says back to him:

“Are you fucking threatening me?”

I love this PD!

Defendant, of course, says “no.”

Though, because of his speech, mannerisms, and aggressive posture other office workers get between them and …

The police are called.

No doubt, the attorney felt threatened. She was physically trembling, and was psychologically experiencing fear.

No doubt about it.

…But the case turned on what was in the Defendant’s mind. The criminal mental state for this charge must account for the first amendment.

But First Some First Amendment Stuff

What we have here is a conflict between two competing legal principles.

On the one hand, States should have the right to criminalize “threatening conduct.” People can’t go around scaring other people in a civilized society because bad crap can go down.

On the other hand, the principles of the First Amendment were so important they literally made them a number one priority in our nation.

Good citizens, and douche bags, all have a freedom of speech. These are rights that must be honored and protected for all.

Thus, the balancing act is resolved with the invention of the “true threat”.

You see, not just any old threat may be criminalized. Only “true threats” are a crime.

So what the heck is a “true threat”?

This is the quote the courts are using to define a “true threat”:

“True threats’ encompass those statements where the speaker means to communicate a serious expression of an intent to commit an act of unlawful violence to a particular individual or group of individuals. The speaker need not actually intend to carry out the threat. Rather, a prohibition on true threats protect[s] individuals from the fear of violence and from the disruption that fear engenders, in addition to protecting people from the possibility that the threatened violence will occur. Intimidation in the constitutionally proscribable sense of the word is a type of true threat, where a speaker directs a threat to a person or group of persons with the intent of placing the victim in fear of bodily harm or death.”  Virginia v. Black, 538 U.S. 343, 359-60 (2003).

The net effect of all this is that the mental state for the crime of threatening a public official requires intentional conduct.

This is news because the actual statutes reads:

“A person commits threatening a public official…when: that person knowingly delivers or conveys, directly or indirectly, to a public official…by any means a communication: containing a threat that would place the public official in reasonable apprehension of immediate or future bodily harm…”

Results for “I’m Gonna Get You” Guy

The “I’m gonna get you” defendant won his appeal.

The State needed to provide evidence, beyond a reasonable doubt, that the Defendant intended to cause his public defender fear for her bodily safety.

This is more than just proving that he meant to say the words.

The court held that the State didn’t meet their burden in this case.

The court talked about what “get” means or what it can mean. The term is so ambiguous that there are so many other nonviolent, completely legal things he could have been talking about.

Plus, there was the problem of exercising your first amendment rights while you’re angry, which you are free to do and often happens.

In the end, the burden was not met in this case.

But there is no doubt the public defender involved was bad-ass and not to be trifled with.